It’s definitely pretty cool to be watching an NFL playoff game between your home state Indianapolis Colts and the Denver Broncos (not to mention Peyton Manning), then see a 30-second commercial for your product come on the screen. That was the case a little before 4:00 pm CST this afternoon when the new IBM Bluemix ad aired. And, more than just Bluemix as a whole being featured on TV — the Bluemix UI was also shown prominently! 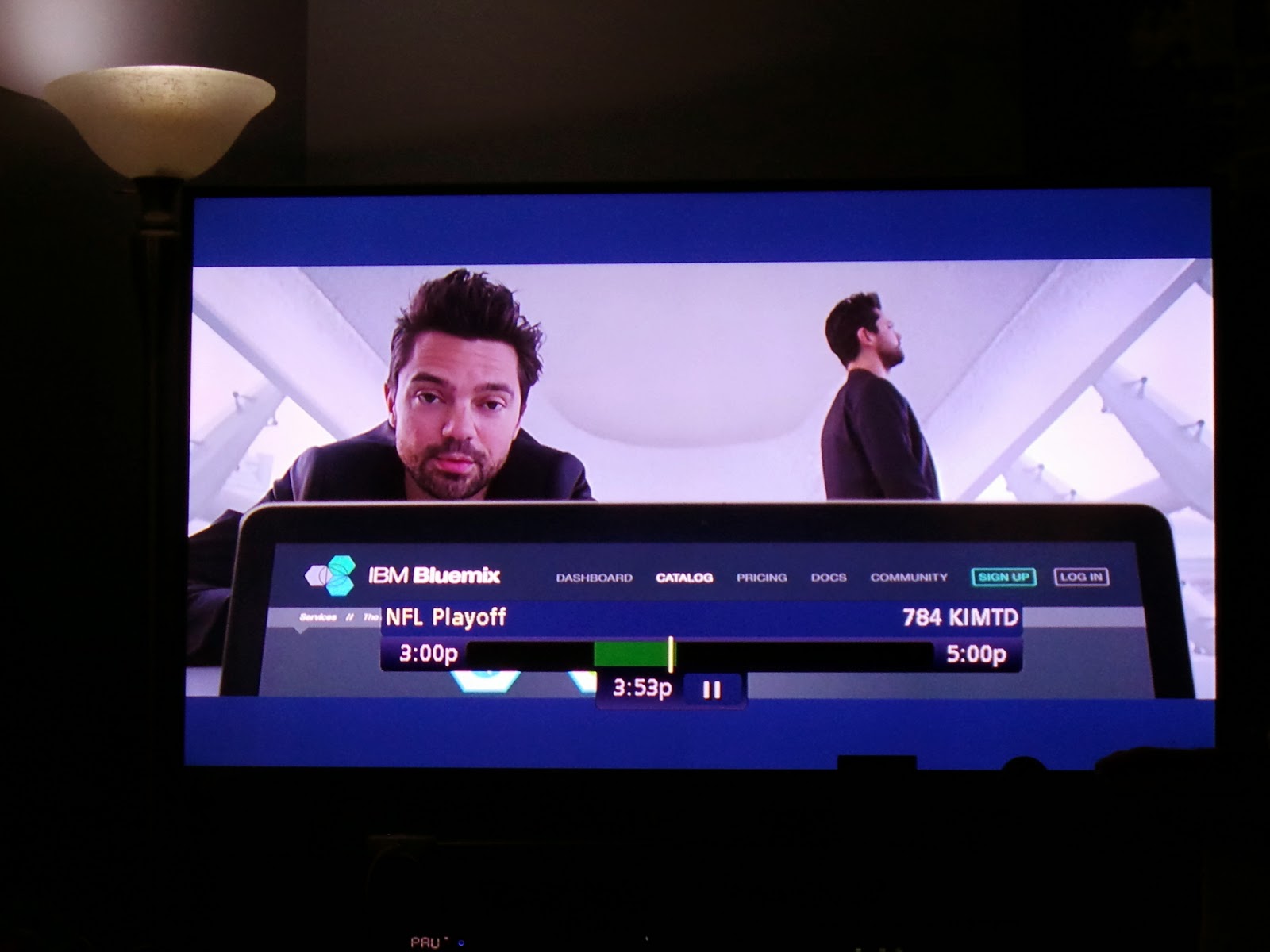 That’s especially exciting for me because I’m the lead dev architect for the Bluemix UI and have been involved with it since we started the first prototypes two years ago. During that time, we’ve released the open beta last February, reached general availability at the end of June, and added a lot of awesome functionality over the rest of 2014. Along the way, there’s been lots and lots of IBMers (from both development and IBM Design) who have shed a lot of blood, sweat, and tears to make it all happen. Now, as we prepare for the upcoming IBM InterConnect 2015, it’s really gratifying to see these ads!

So, with that intro, I mainly wanted to share some of my favorite captures from the YouTube version of the video:

And, finally, I wanted to share a link to the video itself: