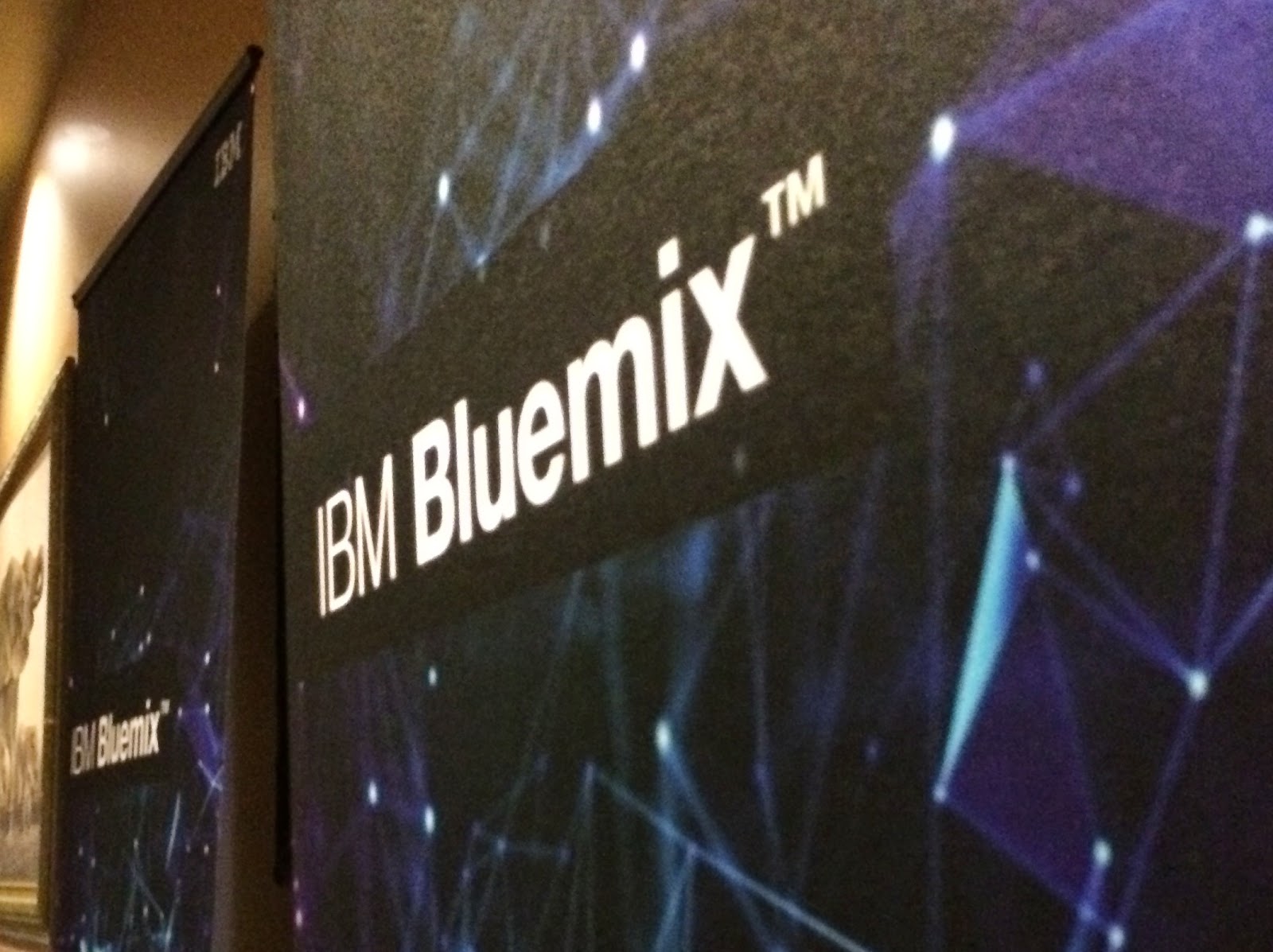 About this time a week ago, I was in the middle of the opening night meet-and-greet at That Conference 2014 held at the Kalahari Resort in Wisconsin Dells, WI. While the “Dells” (as we in the region refer to it) is the self-proclaimed “Water Park Capital of the World”, That Conference is a major tech event with 1000+ software developers, designers, and IT professionals getting together to share information about happenings in mobile, web, and cloud. I was there to represent IBM (the Principal Sponsor of the conference) with the goal of sharing IBM Bluemix with a new group of developers.

For those readers who may not know, Bluemix is IBM’s new Platform-as-a-Service (PAAS) offering intended to facilitate rapid development of applications in the cloud. It offers more than 50 services to use in your apps and flexible, pay-as-you-go pricing (after a 30-day free trial). 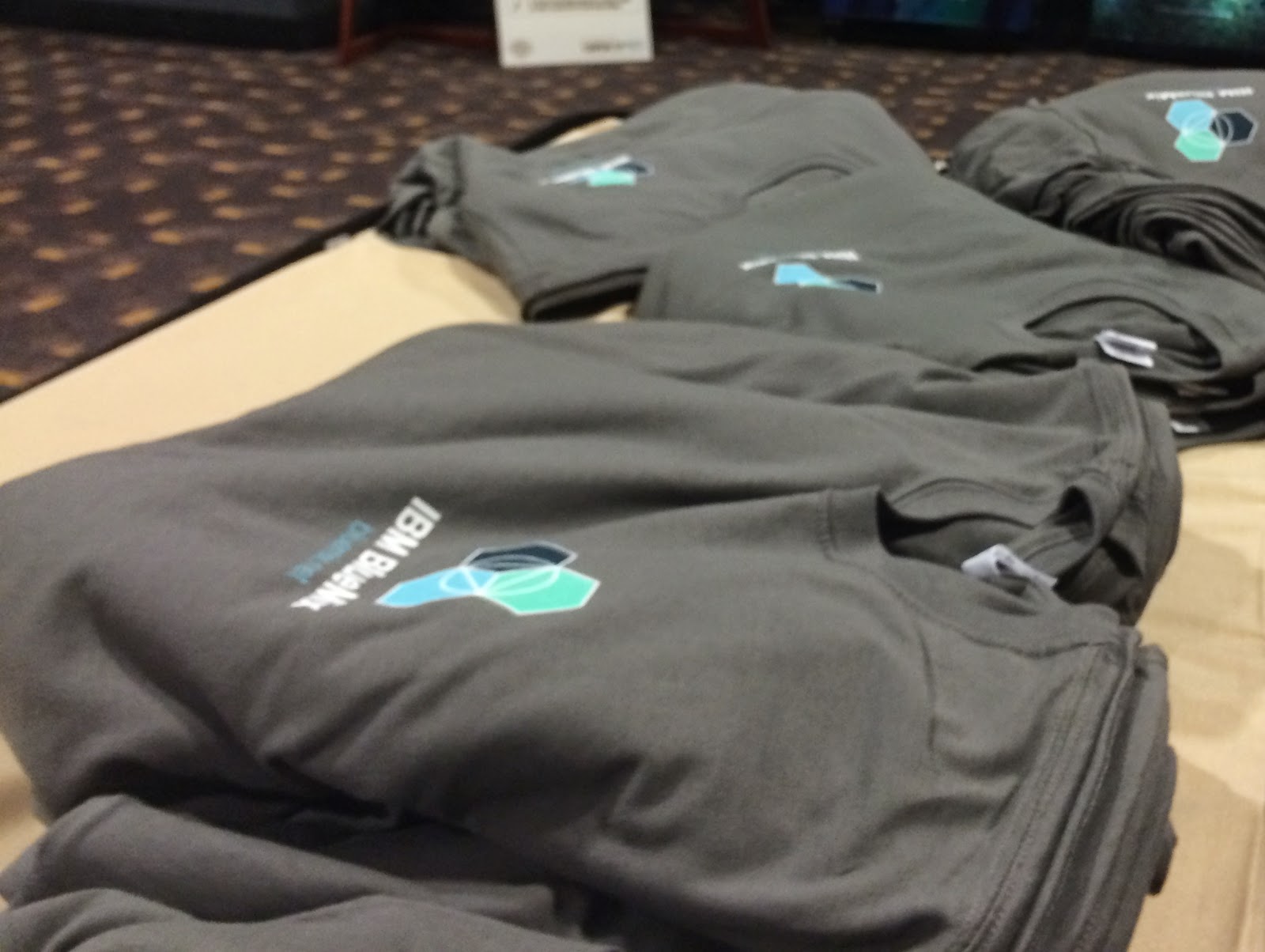 I drove over from MN and met up with colleagues Mark VanderWiele and Carl Osipov. We spent most of our time from Sunday night through Wednesday at the IBM booth talking Bluemix with attendees. There was regular traffic and we ended up running out of the very popular t-shirts we were handing out as SWAG. :)

The vast majority of visitors to the booth (like 99%) had never heard of Bluemix. This wasn’t terribly surprising since we just GA’ed at the end of June, so it offered us a great opportunity to spread the word. Folks who stayed at the booth long enough to see demos of the Bluemix UI and/or sample apps seemed to leave with a favorable impression. For example, I tweeted the following after Farah Prasla got her introduction to Bluemix: 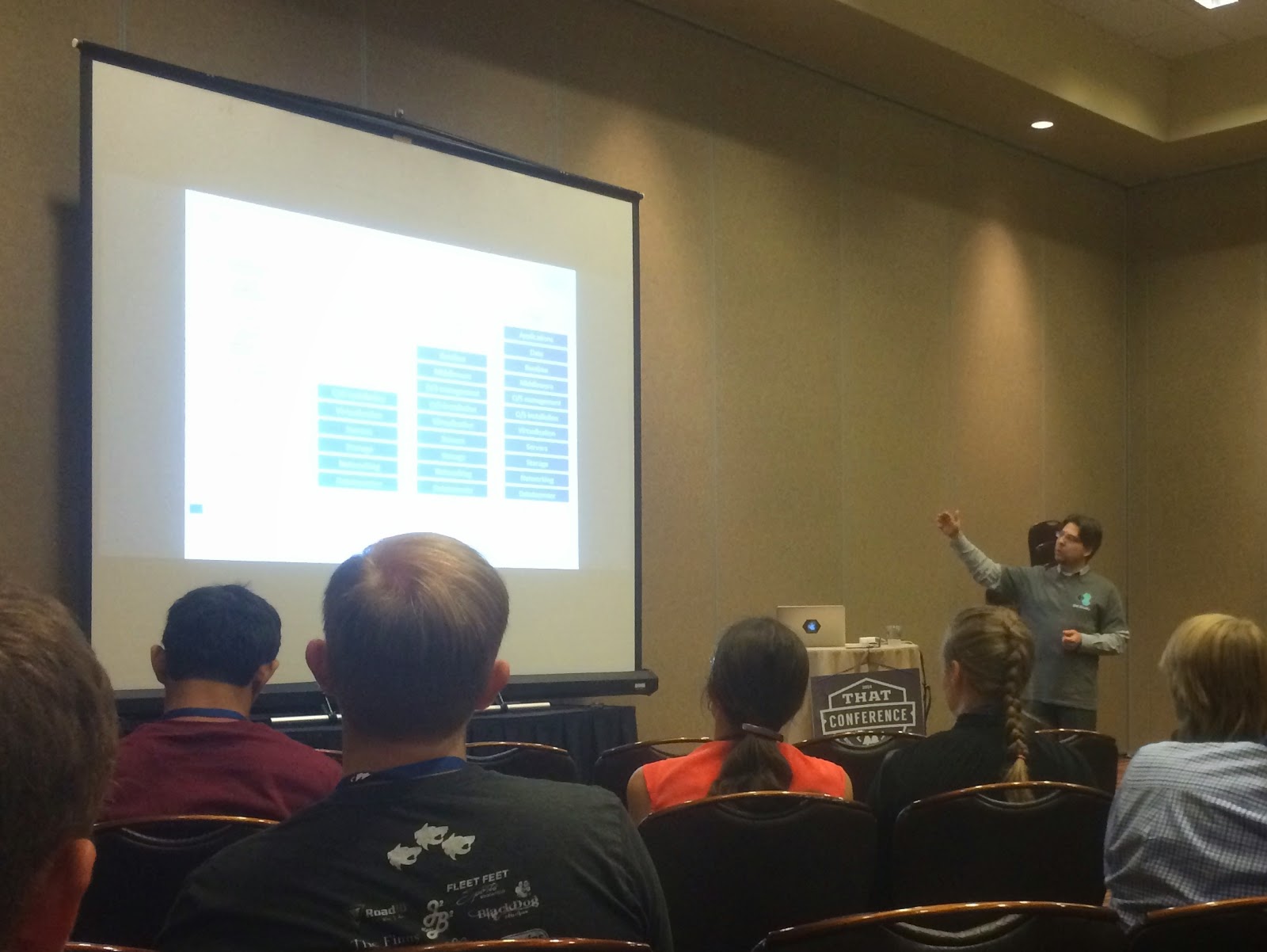 The team also held two Bluemix breakout sessions on Tuesday afternoon. These sessions were intended to take people through a deeper dive to see how easy it was to construct the sample apps shown at the booth:

By the end of the week, we had accumulated a lot of positive feedback on Bluemix (even though most people started the week unaware of the platform). Below are some of my favorite tweets from conference participants showing the inroads we made in this community:

#thatconference @IBMBlueMix I'm impressed. This might just be the hosting solution for our senior design app this year at MSOE.
— Andrew Scott (@MAndrewScott) August 13, 2014

Just recommended @IBMBlueMix to someone based on the demo I saw at #thatconference for their new app. Seems like a perfect fit.
— Eric Selje (@EricSelje) August 13, 2014

@IBMBlueMix the UI is really intuitive, work without manual, way to go, beside my 5 year old boy like your logo. #thatconference
— Carlos Orue (@orue4) August 13, 2014

What’s a conference summary without some pictures? From keynotes to pig roasts to “bacon bars,” below are links to some of my picture highlights over the four days of the conference:

In short, we had a great time last week at That Conference 2014. The conference was well-organized, and everyone was friendly and eager to talk about technology. The staff was awesome to work with and regularly checked in to see if we needed anything. So, thanks That Conference! :)

Most importantly, we were able to connect with a lot of people who had never heard of Bluemix. For those people, please let us know if you have any post-conference questions or other feedback. And, if you haven’t already, be sure to go out to Bluemix.net and sign-up for a free 30-day trial. Also, check out the Bluemix Dev-to-Dev Community and follow @IBMBluemix on Twitter.